The well-designed and crafted layout Rohan Estate is situated on Haleyangadi–Kinnigoli main road amidst the serene surroundings of nature. The layout is meticulously designed with the concept of blending urban lifestyle on rural canvas. The layout is ready to occupy and buyers can start construction of their dream home without further delay. 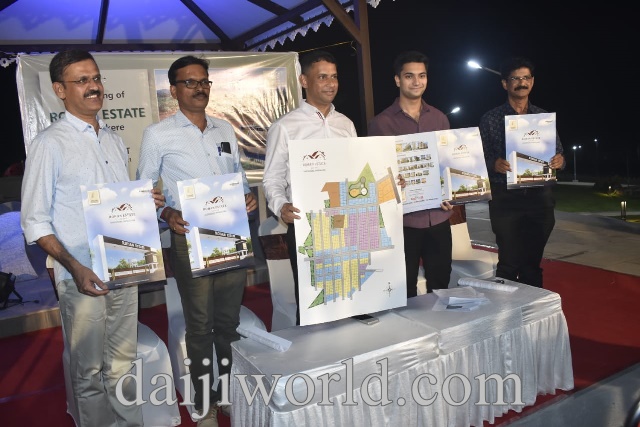 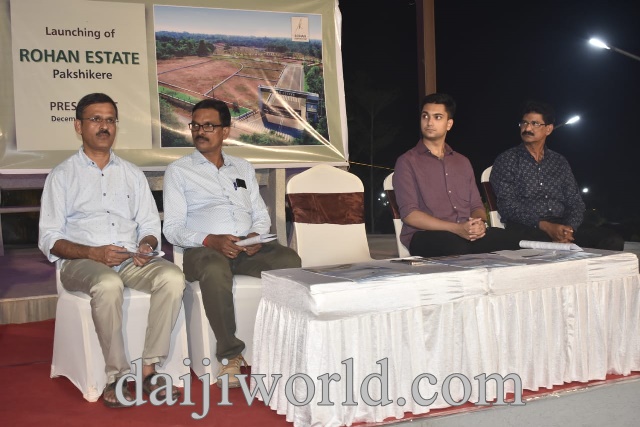 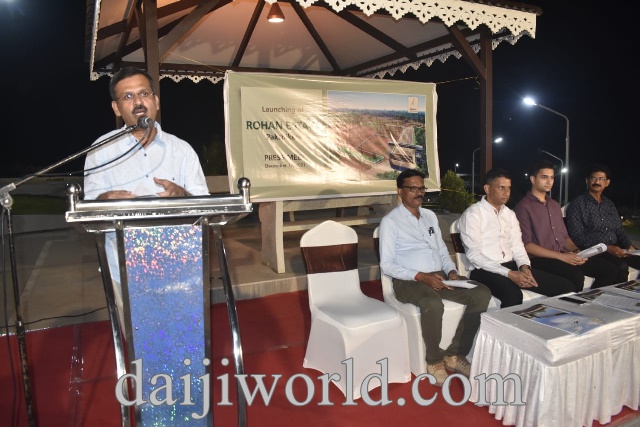 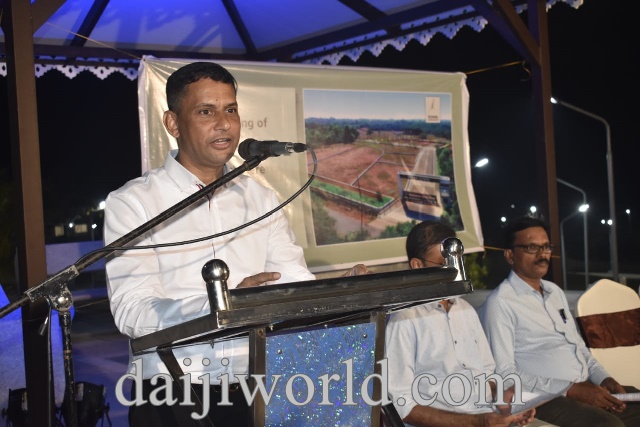 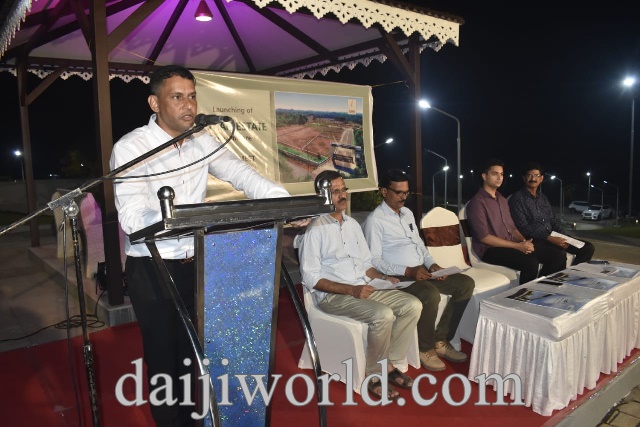 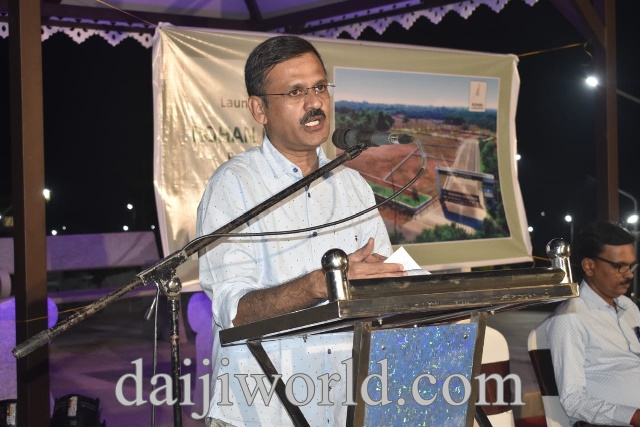 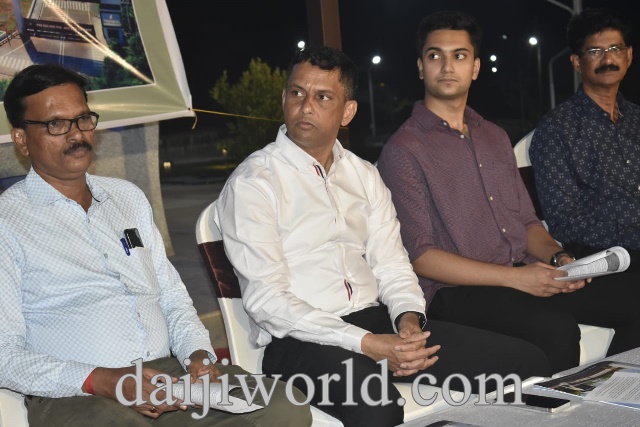 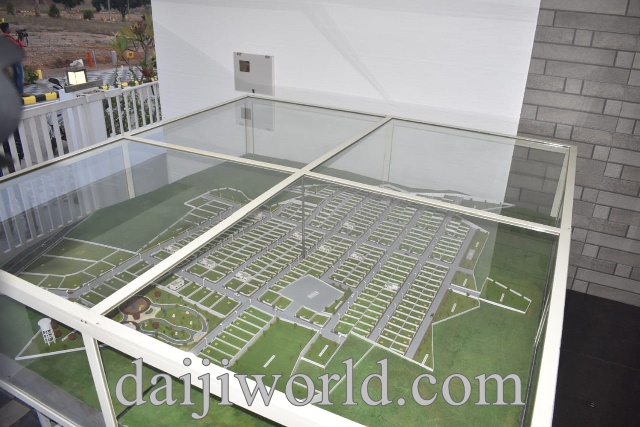 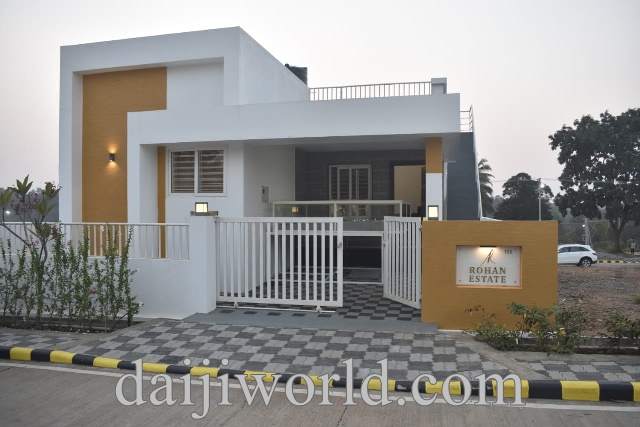 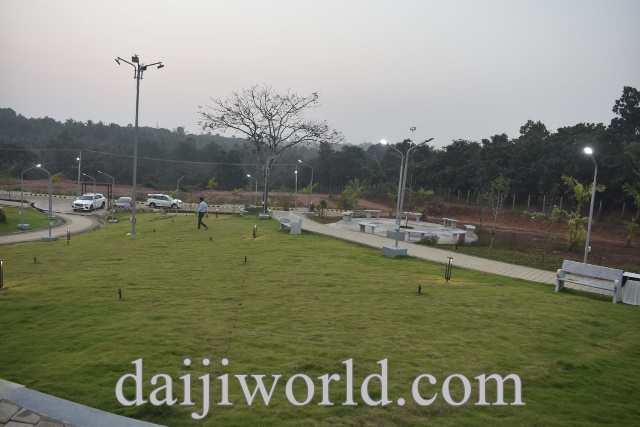 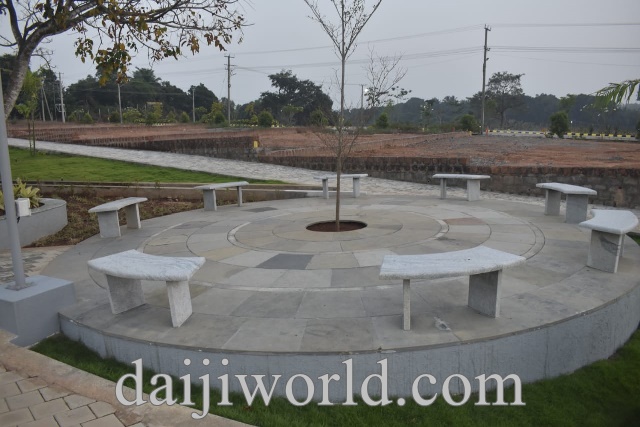 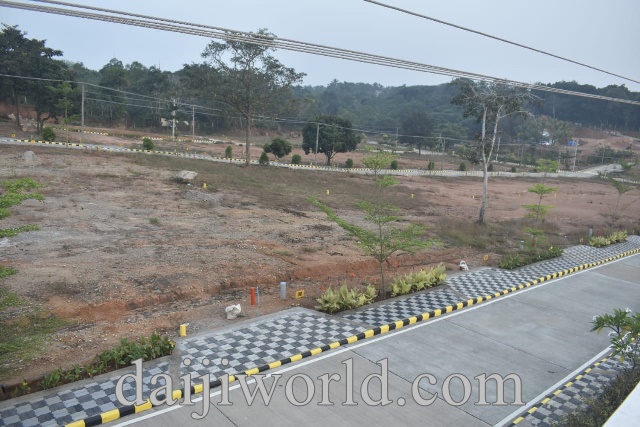 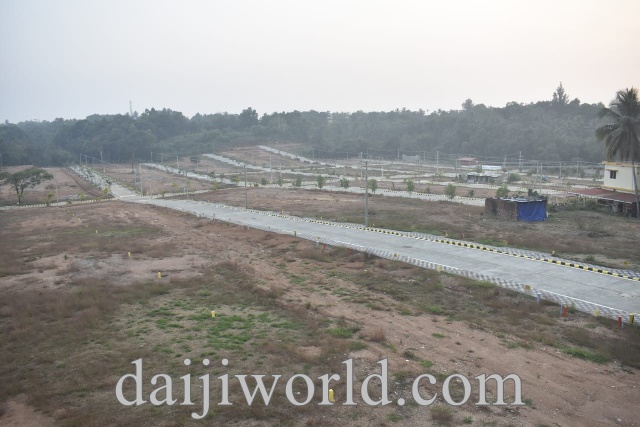 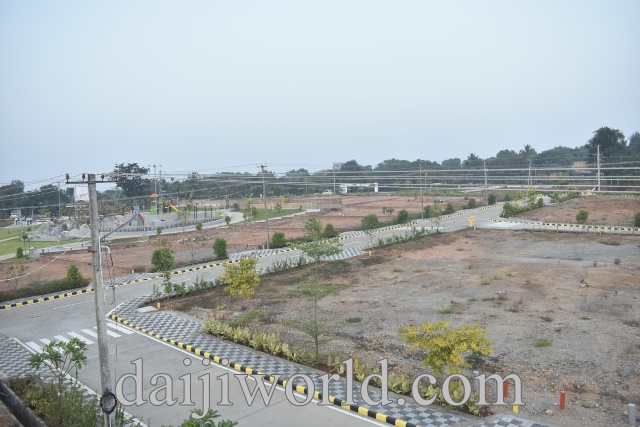 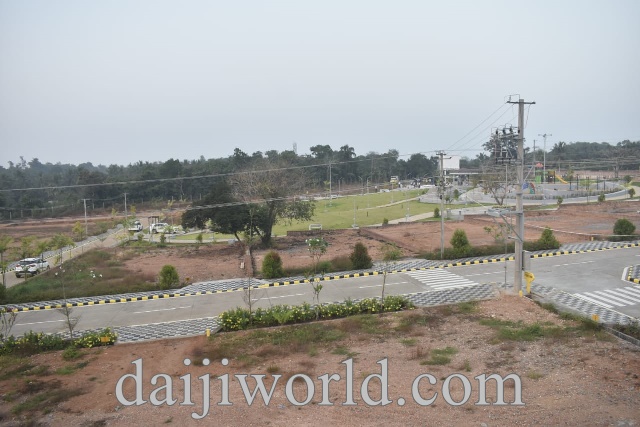 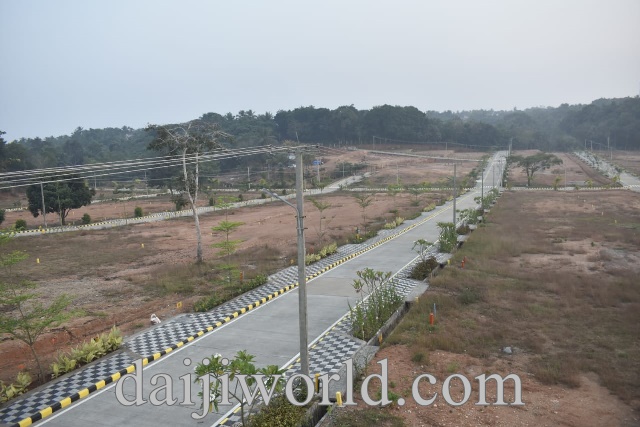 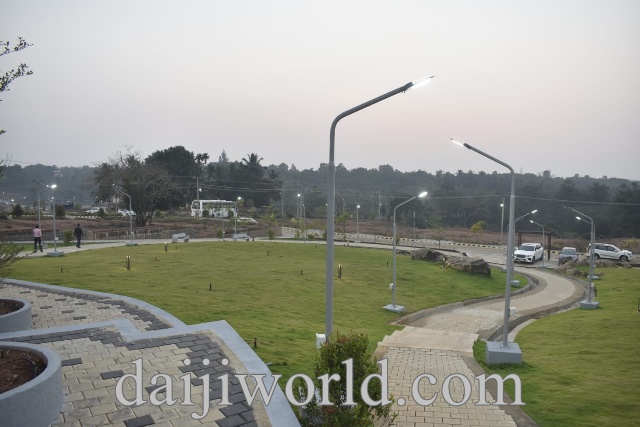 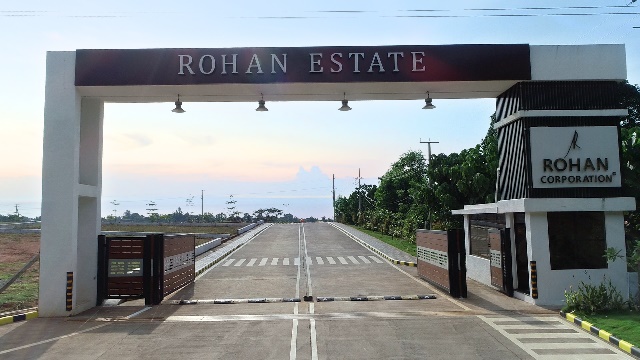 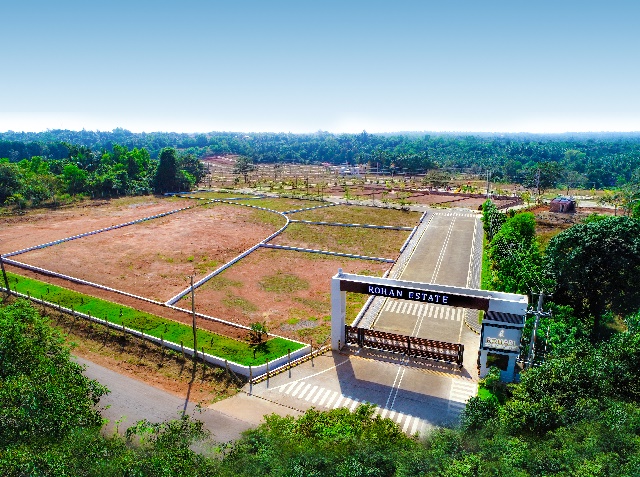 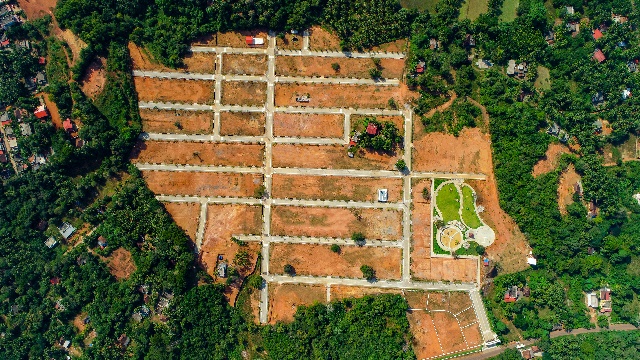 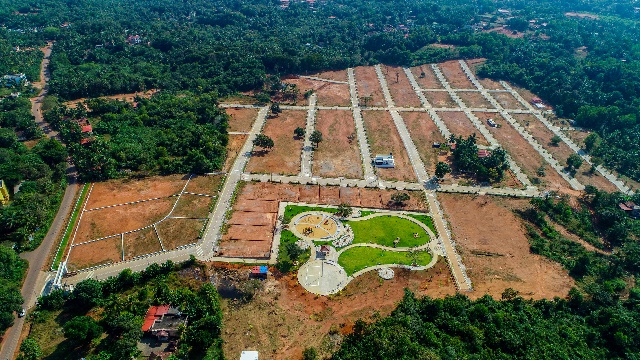 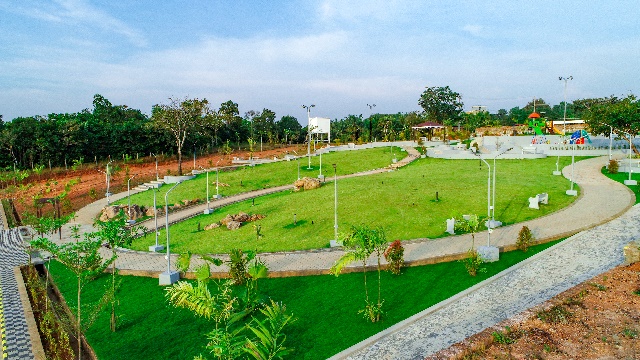 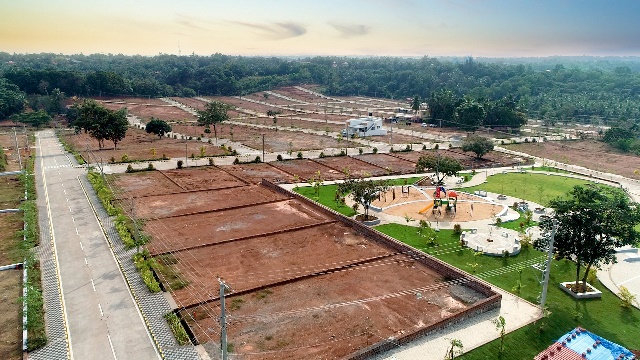 Addressing media, managing director of Rohan Corporation, Rohan Monteiro said, “Starting from December 21, for the next 15 days, sites will be sold at Rs 3.5 lac instead of the actual cost of Rs 4 lac. Those who are interested can meet us at 11 am, 3 pm and 5 pm. Customers can book sites at Rs 10,000 as down payment and the remaining amount can be paid in instalments.

“We are planning to construct a 5-star hotel as well. A new project will be launched in Bejai and two projects in Surathkal,” he said.

Rohan Estate is situated hardly 100 meters away from Pakshikere S Kodi junction of Mangaluru. Ideally located on Haleyangadi–Kinnigoli Main Road, Rohan Estate is very near to Kateel Temple, Pakshikere Church and other religious and educational institutions of the vicinity. The project is hardly with 4 kilometres away from Haleyangadi national highway junction and Kinnigoli city.

Sites ranging from 3.5 cents to 10 cents are available and buyers can purchase multiple adjoining sites. The layout is ready with wide concrete roads, drainage system and street lights. Along with exclusive drinking water facility, to avoid any water shortage in future, provision is also made for gram panchayat water connection and pipe line is laid to each site.

The layout is under surveillance of high resolution CC cameras in 12 locations. There is 5 kilometre long interlocked walking track, a badminton court and ample children play area. The layout is first-of-its-kind in coastal Karnataka with exclusive special amenities and features.

Houses will be constructed as per buyer’s convenience at an affordable cost ranging from Rs 35 lac to Rs 75 lac. Houses will be designed by the team of expert designers in the industry and the company will complete the project within six months. Buyers can make best use of this facility.

Already a model house is constructed on a 3.5 cents site at the cost of Rs 35 lac and available for visit and demonstration. Ample open space is available for open air parties like marriage, birthday and other parties in the layout. Children’s play area with lot of toys is also available. A big park is the centre of attraction of the layout and round the clock security is available. Within six months of purchase the buyers can build houses without paying for electricity or water deposit.

Rohan Estate is approved from RERA and loan facilities can be availed from all the major banks and other housing loan companies.

Sufficient arrangements were made to avoid possible shortage of water by installing rain water harvesting system, overhead storage tank, bore well, open well and water connection from gram panchayat. Interested buyers can make use of the site visit facility arranged from the office of Rohan Corporation situated at Pumpwell, Capitanio Road at 11 am, 3 pm and 5 pm every day, for a period of two weeks, starting from December 21.

Rohan Corporation is known for its quality construction of apartments, layouts and commercial complexes in the past 28 years. The residential apartments; Bellissima, Hillcrest, Infinity, Micasa, Bianca, Ventura, Primero, Peters Coat, Daijiworld Residency, Exotica, Luminous and Catalonia etc are highly appreciated by its clients.

The 14-storey High Crest luxury residential apartment on Kadri-Kambla Road will also be inaugurated soon. The Rohan Square commercial, hotel and ultra-luxury housing complex, under construction on the Pumpwell-Capitanio main road, is underway. The Zorian housing complex in Jeppina Mogaru is complete and only a few flats are available for purchase. The City Square commercial building on MG Road, Lalbagh has completed its construction work and there are only a few commercial spaces available for purchase.

The project is approved by many banks, as such there is no need to the buyers to run after seeking legal opinion for approval of loan from bank.

As Rohan Easte is fully vastu compliant layout, buyers can invest their money in sites and build houses as per vastu. A cent of land is moderately priced at Rs 4 Lac and for limited period priced at a discounted rate of Rs 3.5 lac per cent.

Special attention has been given towards developing eco-friendly green zone and 10 gardens are already in place at Rohan Estate. Roads and open spaces are filled with greenery and fruit bearing trees planted all over the layout. Blooming fresh air of the layout will instil freshness in the lives of the residents of the layout.

Sewage Treatment Plant with most modern technology, built in the layout will efficiently manage the sewage flow of the layout. Drainage from each house will flow directly to the plant through the drainage pipe. As such the layout will be free of foul smell of drain water.

Suitable arrangements are made to put the recycled water generated from the Sewage Treatment Plant towards best use. Pipes are already laid from the STP to garden for this. Thus, complete care has been taken to maintain the purity of drinking water at layout.