Mangaluru, Dec 9: A person, who was facing the charges of posing life threat and attempting to murder his wife, was found guilty by the chief district and sessions court here. It sentenced the accused to three years simple imprisonment. He also was fined Rs 1,05,000.

The person who was declared guilty in this case happens to be Vinod (36), resident of a rented flat in Rarajeshwari Apartments in Attavar Vaidyanath Nagar.

When Vijod was living with his wife and two children, he reportedly stabbed his wife in the back and threatened to kill her on April 13 and 17, 2018. A complaint against him had been registered in Pandeshwar police station in the city. 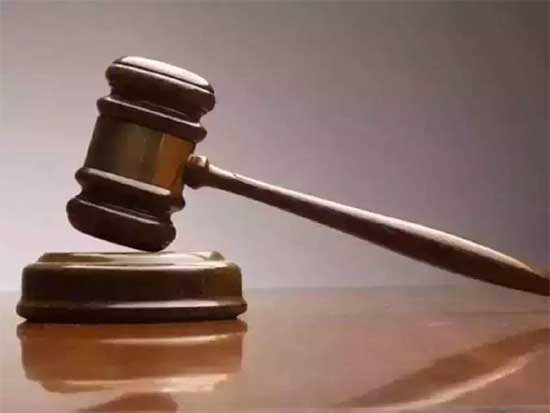 Judge of the court, Muraleedhar Pai B, who conducted the hearing, found that the charges levelled against the accused were proved. He sentenced Vinod to three years simple imprisonment and imposed one lac rupees fine for murder attempt, and one year's simple imprisonment and Rs 5,000 fine for posing life threat. Both the sentences will run concurrently. The judge also ordered to disburse one lac rupees out of the fine collected as above, to the victim. He also asked the district legal services authority to provide the lady suitable compensation.

It is said that Vinod was not interested in working although he was residing in a rented house, and running the family had become a problem for his wife. His wife had advised him on April 13, 2018 to work somewhere at which he had slapped his wife and walked away. He also questioned her authority to ask him to work and was about to stab her in the stomach. As she turned around when attempting to stop him, she suffered stab injury in the back. He went away after posing a life threat. During the court hearing, it transpired that he had married another lady in the past and had two children from that marriage.

In this case, 13 witnesses were examined. Public prosecutors B S Shetty and Raju Poojary Bannadi had represented the prosecution.