Amaravati, Dec 2 (IANS): The Andhra Pradesh government on Thursday sounded an alert in view of the cyclone threat to north coastal Andhra region.

The Indian Meteorological Department (IMD) has said that the cyclonic storm is likely to form over central Bay of Bengal on December 3.

According to IMD, the cyclonic storm likely to move northwestwards, intensify further and reach near north Andhra Pradesh and Odisha coasts around December 4 morning. 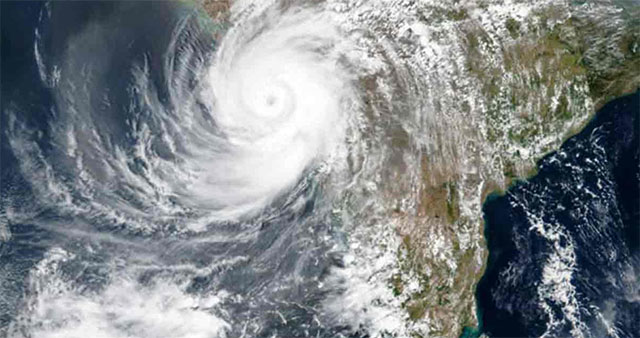 It has forecast light to moderate rainfall at many places with heavy rainfall at isolated places over north coastal Andhra Pradesh and south coastal Odisha from evening of December 4.

Light to moderate rainfall at most places with heavy to very heavy rainfall at a few places and extremely heavy falls at isolated places very likely over north coastal Andhra Pradesh and coastal Odisha, it said.

Squally wind speed reaching 45-55 kmph gusting up to 65 kmph likely to commence along and off north Andhra Pradesh - Odisha coasts from the midnight of December 3 and increase gradually becoming 70-80 kmph gusting to 90 kmph from December morning for the subsequent 12 hours.

The chief minister discussed with the collectors the precautionary measures to be taken. During the review meeting, he directed the district collectors and officials to set up relief camps at required locations. He instructed the officials to be alert in low lying areas and take all necessary measures.

The chief minister directed the special officers to depart to their assigned districts and coordinate and monitor relief works.