Holding a meeting with seven domestic manufacturers against the backdrop of 100 crore vaccine doses being administered, he praised their efforts that have resulted in the country crossing the milestone, and said that they "have played a big role in the success story of India", an official statement said.

He appreciated their hard work and confidence given by them during the pandemic. 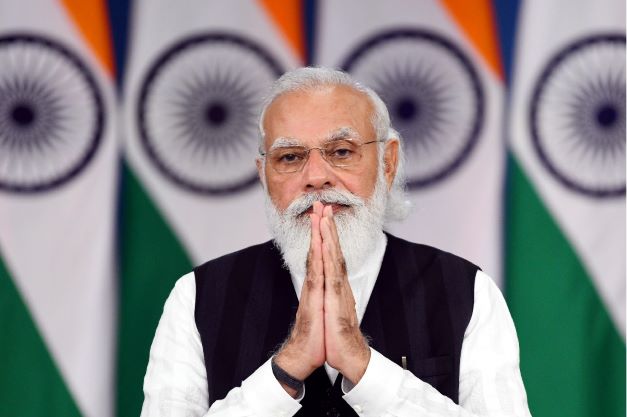 The Prime Minister also stressed that the country needs to institutionalise the best practices learnt during the last one and a half years, and said that this is an opportunity to modify our practices, in tune with the global standards.

He said that the entire world is looking up to India, against the backdrop of the success of the vaccination drive, and called on the vaccine manufacturers to continuously work together to be ready to face future challenges.

"The domestic vaccine manufacturers appreciated the vision and dynamic leadership of the Prime Minister in providing continuous guidance and support towards the development of the vaccines. They also praised the never before seen collaboration between government and industry, and applauded the regulatory reforms, simplified procedures, timely approvals, and forthcoming and supportive nature of the government throughout this endeavour," the statement said.

"They noted that had the country been following old norms, there would have been considerable delay and 'we would not have been able to reach the vaccination level that we have attained till now'," it added.

Adar Poonawala of the Serum Institute of India praised the regulatory reforms brought out by the government, while Dr Krishna Ella of Bharat Biotech thanked the Prime Minister for having taken Covaxin, and for the continuous support and motivation during its development.

Pankaj Patel, chairman of Cadila Healthcare, thanked the Prime Minister for talking about the DNA-based vaccine in the UN General Assembly.

Mahima Datla of Biological E Ltd said that the vision of the Prime Minister which helped the country attain the vaccination milestone. Dr. Sanjay Singh of Gennova Biopharmaceuticals talked about the importance of innovation and backward integration in the field of vaccine development.

Satish Reddy from Dr. Reddy's Lab appreciated the collaboration between government and industry throughout this endeavour, while Panacea Biotec's Dr Rajesh Jain praised the continuous communication by the government throughout the pandemic.