Islamabad, Oct 23 (IANS): The Pakistani delegation that was in Washington since October 4 to attend annual meetings of the World Bank and the International Monetary Fund (IMF), has failed to convince the latter and secure an arrangement for resumption of a $6 billion extended loan facility.

The high level delegation, led by the then Finance Minister and current advisor to the Prime Minister on finance Shaukat Tarin, Finance Secretary Yousaf Khan, State Bank Governor Raza Baqir and other senior officials, had detailed deliberations with the IMF. 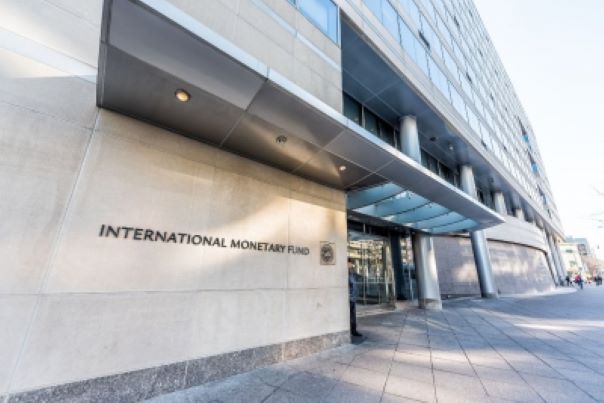 However, the economic reform proposal and plan, which the delegation tabled in front of the IMF, did not convince them to resume the Extended Fund Facility (EFF).

It was later revealed that the IMF would be issuing a statement, explaining how the fund's economic reform programme, which includes the $6 billion loan, can be revived.

Pakistan government officials maintain that the talks with the IMF are still on tract, expressing hopes that it would be making the announcement of resumption of the programme.

Pakistan was facilitated with the $6 billion bailout package in May 2019, when the country reached an agreement with the IMF after difficult negotiations.

The 39-month bailout programme puts strict bindings on Pakistan to ensure increased tax collection and economic reforms, review of which by the IMF is part of the mutual understanding.

The bailout agreement was put on hold in January 2020, when the Imran Khan led government refrained from increasing taxes on electricity and also add on more taxes.

As per sources, the IMF expects Pakistan to increase per unit per of electricity by at least 4.95 PKR and impose taxes worth 150 billion PKR.

On the other hand, Pakistan government maintains that increasing tarrifs and taxes would only increase inflation in the country, which is already damaging the government's reputation as livelihood of locals is moving from bad to worse.

However, the IMF has reminded Pakistan of the terms and conditions, it had agreed in the original agreement of 2019, which was supported by its ambitious macroeconomic and structural reform agenda for three years.

Inflation in Pakistan is taking a serious toll on the lives of the locals as the income of a household has fallen by at least 35 per cent while the cost of living under basic facilities of food and shelter has surged by 40 to 50 per cent.

The recent increase in fuel prices, followed by increase in per unit price of electricity and gas, has now started to damage the public support Prime Minister Imran Khan enjoyed.

Experts say that this damage may show its effects against the sitting government during the next general elections.