Speaking at the quarterly progress review meeting held here on Wednesday September 8, Simha expressed his anger at limiting the exercise of razing of religious buildings standing in public places unauthorised and which have been creating problems for the traffic, to only Hindu temples. He accused the concerned staff of not taking the locals into confidence before undertaking eviction exercises, and demolishing the structures like thieves. "You had no problem in demolishing a temple near Hullahalli. But the same officials are dithering in the matter of demolishing the wall of a mosque for the expansion of Irwin Road," he pointed out. 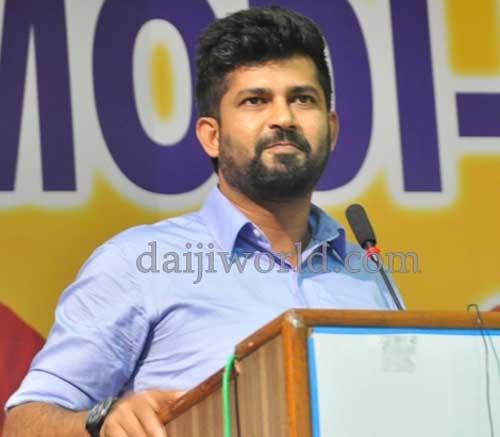 The MP said that arrangements had been made to encroach upon a pond at Kesare to build a mosque. He questioned why the district administration is blind to tens of mosques and Dargahs that have mushroomed in N R Mohalla and Shaktinagar.

Deputy commissioner, Dr Bagadi Gautham, responded by saying that the eviction drive is undertaken in tune with the list submitted to the court in the year 2013. Pratap Simha told the deputy commissioner that he has no objection to sticking to the said list but asked the concerned to call a meeting of religious leaders and convince them about the action being undertaken against illegal buildings.