Answering questions from media persons at the KC General Hospital in Malleswaram after getting a Covid vaccine shot along with his wife Dotty, he admitted that the sex CD issue is a little embarrassing. I am not denying that.

He pointed out that CDs of different kinds have played a key role in the game of political upmanship. "The party high command took the issue very seriously and ensured that the minister tendered his resignation," he said. 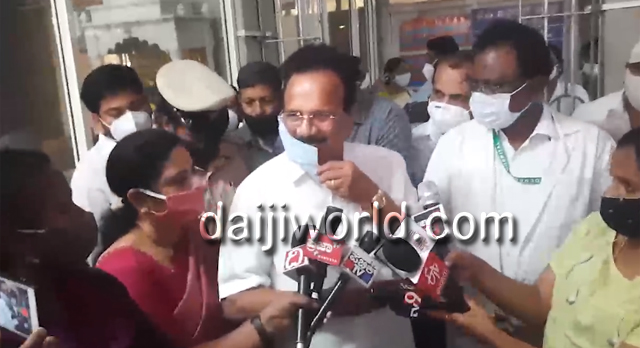 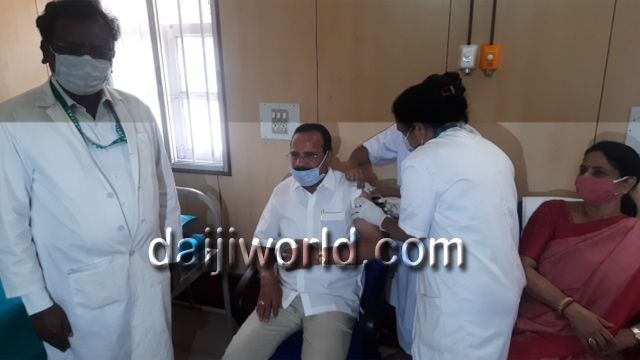 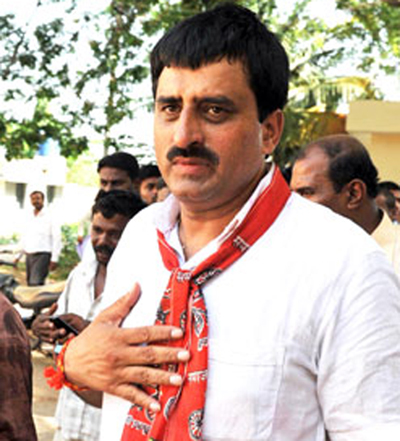 The minister urged the people to get vaccinated and make the country free of the pandemic. "I opted to take the vaccine being a senior citizen. It is painless and I could not even feel the prick,’’ he said mentioning that the country was doing its best to eliminate the corona pandemic and has been exporting the vaccine even for poorer countries.

Gowda said technology has become very advanced to such an extent that anything can be manipulated.

"However, I am not saying that this (sex CD) has been manipulated. At the same time, it is our responsibility to accord primacy to morality. When the sense of morality is damaged, it weakens society and affects even the administration,’’ he said.

Replying to a specific question on former minister Jarkiholi, he said the BJP national president and the general secretary had sought details when the news broke out. "We have furnished information based on media reports. Naturally, when such allegations crop up, it is the responsibility of all persons concerned to cooperate with the probe,’’ he said.

To a question on the six ministers in the BS Yediyurappa ministry approaching court seeking injunctions against media on reporting news concerning them, the former chief minister said it is not possible to prevent the ministers from approaching courts on their grievances and seek appropriate safeguards. All individuals have to think about their future and they act accordingly.

"But it is not good to approach courts unnecessarily,’’ he quipped.

The minister said the name of the Kerala chief minister Pinarayi Vijayan has cropped up in the FIR pertaining to the gold smuggling case and the main accused has disclosed the chief minister’s name. "Therefore, it is appropriate that Pinarayi Vijayan must resign owning moral responsibility even though he might claim it as an electoral conspiracy to frame him,’’ he said.

Meanwhile, forest minister C P Yogeshwar claimed that 'Kanakapura and Belagavi' (leaders) were behind the conspiracy against Jarkiholi and contended that they will reap the dividends in future for their role.

Speaking to reporters at the Aranya Bhavan in Bengaluru, he refused to comment on other issue or the steps taken by the six ministers in approaching courts. "I don’t know why they have done it and don’t drag me into this,’’ he said asking the media to find out from the ministers themselves.