Gurugram, Feb 27 (IANS): Emaar India has approached the Gurugram District Administration with a request to restrain MGF Group and its associates, affiliates, promoters and directors from creating a third-party right, title and/or interest on land parcels measuring 63.4 acres (approx) here.

"Emaar India has referred to an order passed by an ICC arbitral tribunal, directing that 'no transaction of any kind be undertaken in respect of the land parcels mentioned'...until the passing of an arbitral award," an official release of the company said. 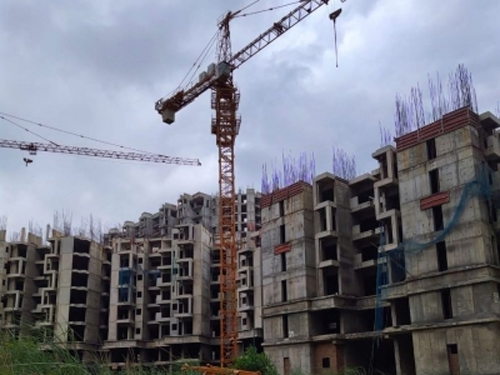 "Emaar India, in its letters addressed to the Deputy Commissioner, Gurugram and Sub-Registrar of assurances at Kadipur, Wazirabad and Manesar, has already informed that arbitration proceeding are going and that further outcome of the said arbitration proceeding will be duly informed to and brought to the notice of the office of the Deputy Commissioner, Gurugram," the release further said.

Emaar MGF Land Limited (now Emaar India Limited) was a joint venture between Dubai-based Emaar and Shravan Gupta-owned MGF Developments Limited. Emaar Properties, one of the world's leading real estate developers, entered the Indian real estate market by investing about Rs 7,000 crore in a joint venture with Shravan Gupta owned and controlled MGF Group in the year 2005. The two partners parted way in 2016 through a demerger process by way of the court of law.

After the demerger, Emaar took complete control of the operations of Emaar MGF Land Limited (now Emaar India Limited). Subsequently, the name of the Indian entity has been changed to Emaar India Limited with the effect of October 7, 2020.

Emaar has also filed a case alleging fraud and cheating against Shravan Gupta, his wife, his company MGF Developments Limited and other associates for fraudulent and illegal acts. It has sought a compensation of Rs 2,400 crore with an interest of 18 percent from the date of respective losses in order to recover massive losses including irreparable reputational losses due to 'the fraudulent and illegal acts of MGF Group'.