Thiruvananthapuram, Jun 15 (IANS): The BJP's Kerala unit on Friday hit out at the "hypocritical stance" of the state's ruling LDF and the opposition UDF on the now controversial award winning cartoon, which allegedly depicts rape-accused Bishop Franco Mulakkal in an indecent manner.

State BJP president P.S. Sreedharan Pillai said that whenever a Hindu idol is depicted in poor light in cartoons, it is termed a creative thing and it is said that the creator should not be flayed or attacked.

"Both the Left and the Congress are up in arms when there are protests from some sections and they bat for the creator. But see, in Bishop Franco's case, both of them are up in arms (against the creator). This is nothing but hypocrisy and a clear case of double standards.

"For the BJP, we have only one stand and that is that there should be a proper balance in differentiating between creativity and respect for all," he said. 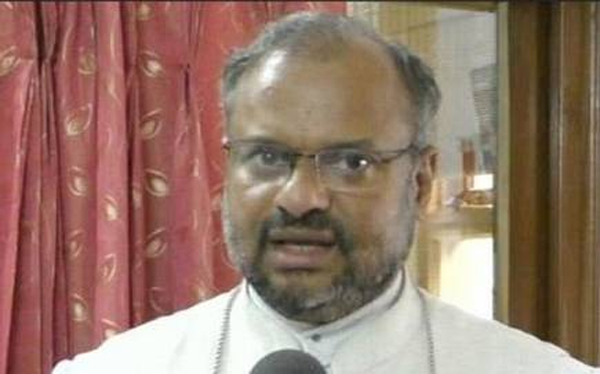 Pillai also said that there will be no issues on this front if everyone learns to respect religious traditions and beliefs, but it does not happen all the time here.

Following protests from the Kerala Catholic Bishops Conference (KCBC), both the Left government and the Congress flayed the artist and demanded that the state-run Kerala Lalithakala Akademy re-examine its award to the cartoon, which allegedly depicts the bishop as a fowl while a woman's undergarment is seen at the end of the bishop's staff.

Mulakkal, who was the Roman Catholic Bishop of Jalandhar, was arrested on September 21, 2018, on rape charges after the four aggrieved nuns joined a public protest in Kochi. He secured bail on October 16, 2018, but is no longer head of the Jalandhar diocese.