The percentage of men owning phones is as high as 61 per cent while only 31 per cent of the women owned phones in 2021, according to the report.

Oxfam India has called on the Union government and state governments to ensure universal access to Internet connectivity by investing in digital infrastructure to not only make the Internet affordable but also push for greater accessibility to smartphones. 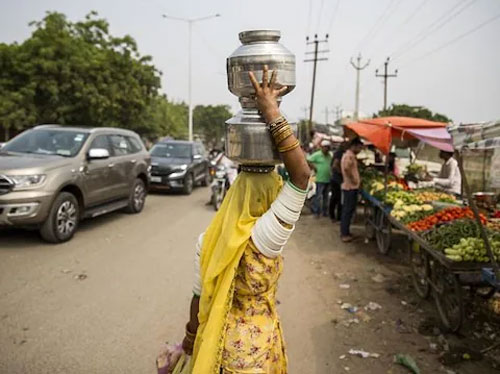 "Digital technologies were supposed to make public services and schemes more accessible. But the 'India Inequality Report 2022: Digital Divide' shows this isn't happening. The report highlights how digital technologies are accessible to the rich and privileged. The report shows that a person with a postgraduate or a Ph.D. is 60 per cent more likely to have a phone than a person with no education. This is worrying because this digital divide can further deepen the existing socio-economic inequalities in the country. We urge the state and Union governments to immediately take necessary steps to universalise internet connectivity and treat digital technologies as a public utility, not a privilege", said Amitabh Behar, CEO of Oxfam India.

The report analysed primary data from the Centre for Monitoring Indian Economy's (CMIE) household survey from January 2018 to December 2021. The report looks at CMIE's data on Internet access, mobile ownership, computer, and broadband availability to assess the inclusivity of digital initiatives to deliver public services and entitlements. The report also used secondary analysis from the National Sample Survey (NSS).

The report also highlights that contrary to popular perception the use of computer devices decreased in the rural areas. Pre-pandemic, only 3 per cent of the rural population owned a computer. This has come down to just 1 per cent post-pandemic. Whereas in the urban areas, the number of people with computers is 8 per cent.

Amitabh Behar, CEO of Oxfam India said, "India's growing inequality is accentuated due to the digital divide. The growing inequality based on caste, religion, gender, class, and geographic location also gets replicated in the digital space. People without devices and the Internet get further marginalised due to difficulties in accessing education, health, and public services. This vicious cycle of inequality needs to stop."

The report welcomed several initiatives by the state and Union governments to promote digital literacy, availability, accessibility, and affordability of the digital technologies.