Washington, Nov 29 (IANS): New Omicron subvariants, BQ.1 and BQ.1.1, have accounted for over half of the new Covid-19 cases in the US, according to the latest estimates of the Centers for Disease Control and Prevention (CDC).

BQ.1.1 made up about 29.4 per cent of circulating variants in the week ending November 26, and BQ.1 was estimated to make up 27.9 per cent, Xinhua news agency reported citing the CDC data released on Monday. 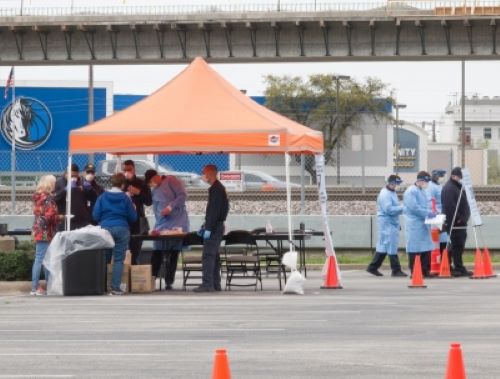 The two variants are descendants of Omicron's BA.5 subvariant.

They have replaced BA. 5 to be the dominant strains in the US, said the CDC.

The BA.5 accounted for 19.4 per cent of new infections in the latest week, the data showed.

The CDC is also tracking another new Covid-19 variant of concern known as XBB, which has grown to make up an estimated 3.1 per cent of new infections nationwide.

XBB is behind a vast swath of infections across some South Asian countries and has made up an increasing share of reported virus sequences from around the world and in arriving international travellers.

Title: New subvariants account for over half of new Covid cases in US