Puttur, Nov 21: A teenage girl went missing on Saturday midnight. A complaint is filed by the father of the missing girl with Uppinangady police.

The missing person is identified as Sahida (19), daughter of Abdul Khadri, a resident of Kuduguddu Mane of Barya village near Uppinangady. 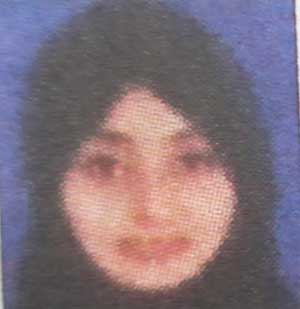 In the complaint filed by Sahida's father, it is mentioned that she went to sleep after having dinner on Saturday night. However, at around 1 am, when the father checked, she was not at home. The father has suspected that she must have eloped with Mudassir of Kalenji Bail, with whom she was in touch over mobile phone.

Uppinangady police are investigating further. Police have requested the public to inform them in case missing Sahida is found anywhere.