Mangaluru, Sep 28: A handful of anguished Bajrang Dal (BD) members confronted the organizers of a baby shower event for displaying the picture of a pregnant woman on a banner without her permission. 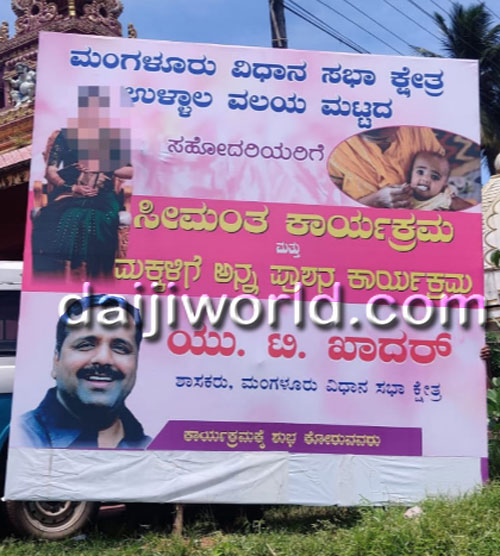 An old picture of a pregnant woman was copied from the internet and included in the banner hung in front of the auditorium. A photograph of local MLA U T Khader was included in it.

Bajrang Dal members who were anguished as they came to know about it, barged into the auditorium, expressed their anger over the negligence of the organisers and shouted slogans against the MLA.

The organizers later convinced the activists and removed the flex.