A committee will be chaired by the Emirates Red Crescent (ERC), and include representatives from the UAE's humanitarian organisations. The committee will also seek the help of dignitaries of the Indian resident community. 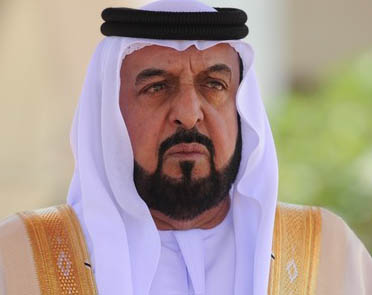 Appealing the people of the country, Sheikh Khalifa bin Zayed Al Nahyan tweeted, "The state of Kerala in India is currently witnessing huge floods, the most devastating in a century. Hundreds have been killed; hundreds of thousands have been displaced. Ahead of Eid Al Adha, do not forget to extend a helping hand to our brothers in India.”

“UAE and the Indian community will unite to offer relief to those affected. We have formed a committee to start immediately. We urge everyone to contribute generously towards this initiative. The people of Kerala have always been and are still part of our success story in the UAE. We have a special responsibility to help and support those affected, especially during this holy and blessed days,” he further said.

The massive floods have claimed more than 300 lives in Kerala and thousands have become homeless.

Sheikh Khalifa bin Zayed, Sheikh Mohammed bin Rashid Al Maktoum, Vice-President and Prime Minister of the UAE and Ruler of Dubai, and Sheikh Mohamed bin Zayed Al Nahyan, Crown Prince of Abu Dhabi and Deputy Supreme Commander of the UAE Armed Forces have extended their heartfelt condolences to those died due to floods in Kerala.