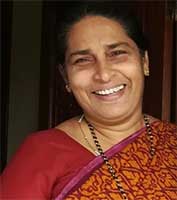 Janet D'Souza (54), wife of Walter D'Souza, mother of Rovina D'Souza and Rohan D'Souza, daughter of the late John Fernandes and Theresa Fernandes, passed away on June 28, 2022.