Bengaluru, Jul 30: The long-delayed work on the underground section of Bengaluru’s Namma Metro Phase 2 line linking the two stations at Cantonment and Tannery Road junctions was flagged off by chief minister B S Yediyurappa in Bengaluru on Thursday.

Yediyurappa flagged off the work on the tunnel boring machines (TBMs) Urja and Vindhya.

Both the TBMs will be deployed for excavating and building tunnels as part of the 73.92 km long network of Bangalore Metro Phase 2 project. 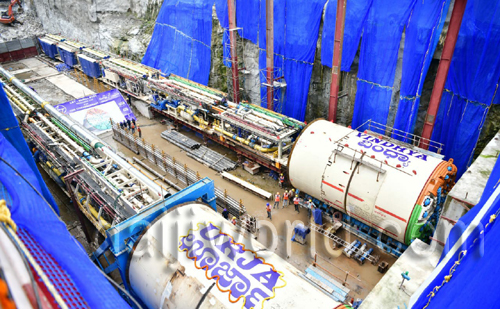 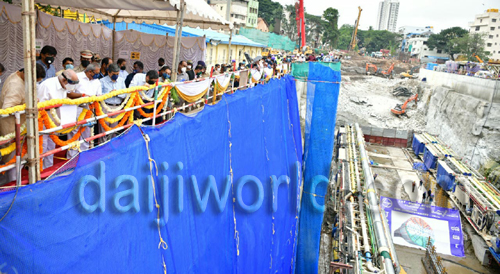 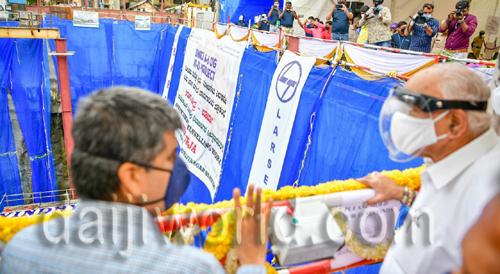 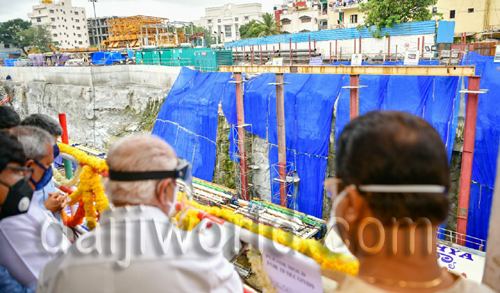 The TBM Urja will be deployed from Cantonment Station for constructing the tunnels on the 2.884 km section of package RT-03 (Shivaji Nagar Station–Tannery Road).

In January 2018, Bangalore Metro Rail Corporation had decided to place the Cantonment Station at Bamboo Bazaar instead of the original location which was closer to the Railway Station.

The construction of the entire underground work has been divided into four packages namely RT01, RT02, RTO3 and RT04.

The contractor M/s Larsen and Toubro Ltd have procured two slurry based Tunnel Boring Machines (TBM) to complete the above tunnelling works.

TBMs have been procured from M/s CRCHI and consignments reached the Chennai port by sea route and were transported to Bengaluru in March 2020. The names of the two TBMs are Urja and Vindhya.

The TBM named Urja will be tunnelling (northbound tunnel) between Cantonment and Shivaji Nagar stations.

The expected geology in this tunnel section is about 250m in hard rock, 350m in mixed ground conditions and about 255m in soil.

The second TBM Vindhya will be commissioned shortly after the required advancement of the first TBM Urja.

R4 from Yelachenahalli to Anjanapura is likely to be commissioned in November.

Extension line R2 from Mysore Road to Kengeri in February 2021.

Extension line R1 from Baiyappanahalli to Whitefield in June 2022.

Extension line R3 from Nagasandra to BIEC in January 2022.

New line R5 from RV Road to Bommasandra in March 2022.

New line R6 from Kalena Agrahara to Nanawere in June 2024.